A Developer by heart, Manager by trait,and a Speaker by Passion living in beautiful South Florida

You can find more about me from my social cloud:
GitHub: TheDamian
Twitter: @DamianMontero
LinkedIn: Damian Montero
Contact me: You can email me by simply adding "Damian@" to this domain name.

Cloud for Nothing and the Gits for free

Publish the Cloud in 3 seconds (or less) Serverless apps - Getting up and running without an IT Staff 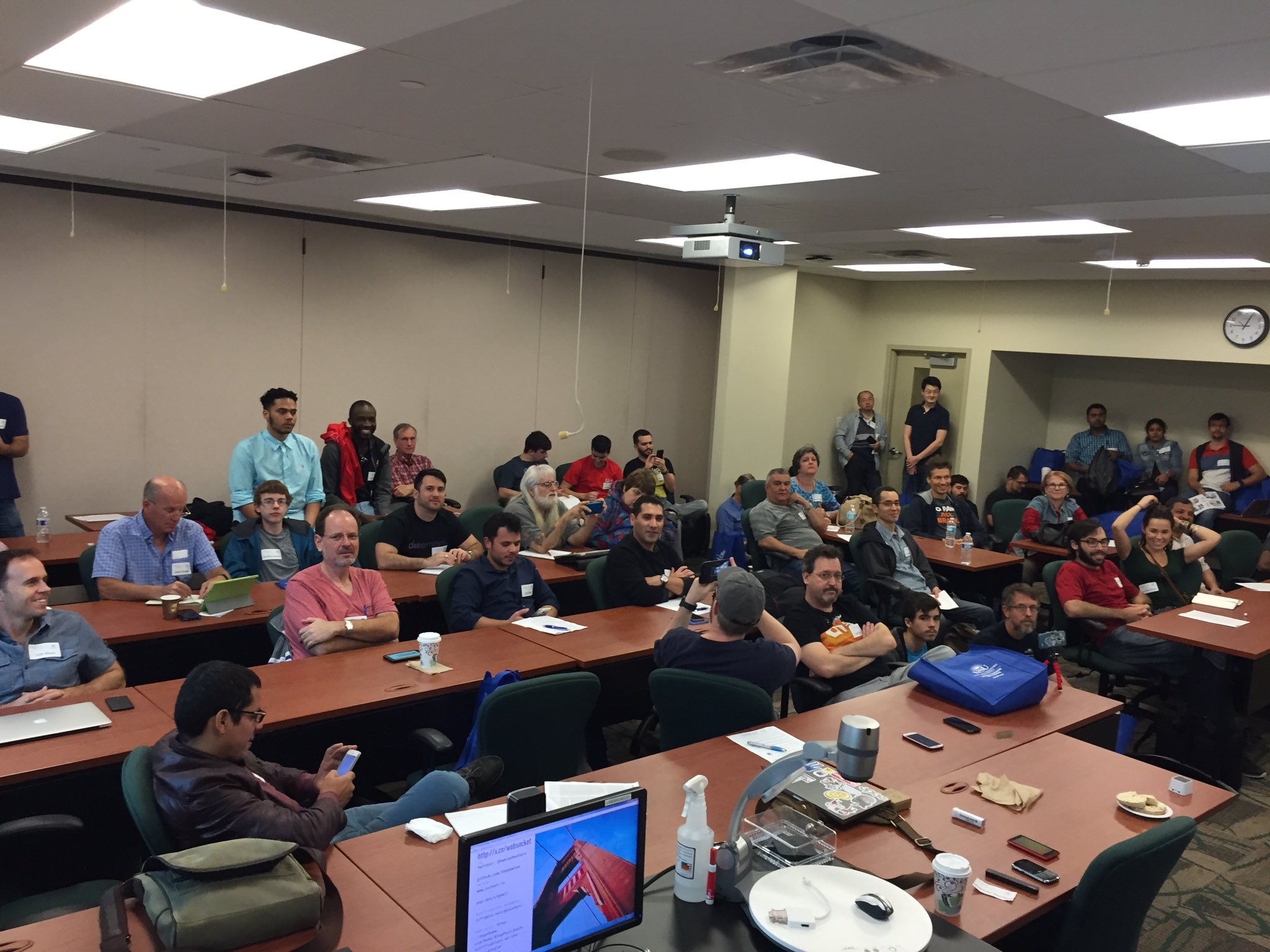 Web Sockets & Notifications: Or how to play an interactive game with 60 other people live! Presented to a group of 50+ attendees the power of docker to get their projects up and running and eliminate the saying "it works on my box". In this presentation I showed over 80+ attendees the power of Web Sockets with an interactive game played with several of the attendies live.

I have been very honored by several Hackathon Wins.
Here are some of them:

Prior Member for the >Blackberry Elite Hall of Fam

Interviewed by the #1 Blackberry Site on the internet

Here is my Interview with Crackberry.com at the last Blackberry Jam

My Microsoft Certifications can be found by Clicking Here

Currently working hard and have been nominated as a Microsoft MVP

I have been very honored by several Hackathon Wins.
Here are some of them: